Nike organised a 3-on-3 soccer tournament around the World Cup 2006. The ad campaign was called Joga Bonita – play beautiful – inspired by Brazilian street soccer. We created an event setting in Amsterdam to host the tournament games and finals in line with the theme and the Brazilian street culture: a stadium built from sea containers. Teams play on the pitches outside of the stadium, the winners get to play in the Joga3 Arena. We designed the interiors of school buses to function as retail showrooms. Thousands of kids participated in this Joga Bonito contest . 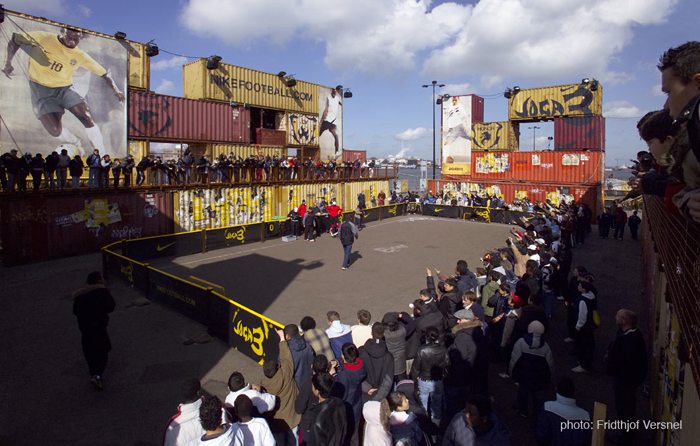